As we enter this final stretch of assignments for the final project, I try to incorporate more ways to reflect on Bunny Colvin’s actions and character. The thing he’s probably most known for is his establishment of Hamsterdam. This assignment to create a fake Newsweek cover seemed perfect for the occasion. I cut the Newsweek banner from an existing image, and pasted it as a layer. The cover image of Hamsterdam comes from a  screenshot I took of Season 3, episode 7 of The Wire. I insert the headlines using the text box tool, and made a border to help them stand out against the backdrop. The font used is Franklin Gothic, as I felt it matched the font often used by news magazines.

I made it a point to accurately reflect how a real news source would view Hamsterdam: a frightening disaster. Even though Colvin had the best intentions in mind, one of his biggest fears was that he was creating something bad. I created this cover with the idea of exploring his insecurities. 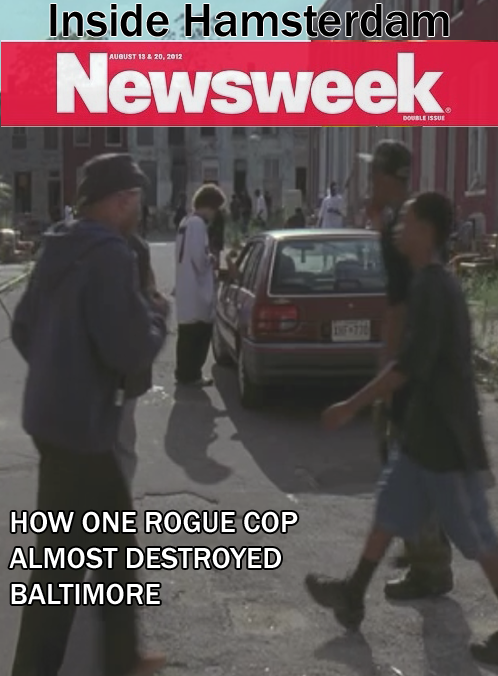