For my final assignment of the week, i chose the “Create Your Own DS106 Wallpaper!”. Since our task was to create these assignments in the shoes of our character, i did a wallpaper that Stringer Bell would use/like. This wasn’t too difficult to do!

Wallpapers are very personal in my opinion. For example, all of my wallpapers have been something i love. Like various paintings by Van Gogh or scenic pictures in New York City. What i had to do for this one was think of what Stringer Bell would like. We all know he’s into money and business so i focused his wallpaper on that. I chose a background will a pile of hundreds because come on, that’s SO Stringer! After i had the main background down, i needed to think of other images to use. For some reason i thought of a calculator because in the show you always see a calculator on his desk, so why not. I found a picture of a calculator that had a piece of paper with numbers on it so even better! I then figured that Stringer must know some information on stocks. So, i got the logo of the Dow Jones and added that to the picture because that makes him look even smarter! Going on with the “smart” idea, i found a picture of a book. Since Stringer goes to college on the side, he must be cracking open some books. Finally, my favorite part of the background, the money signs. It’s all about the money signs. To me, nothing says gangster more than a money sign. I added a couple of those and moved them around a bit. For this wallpaper, i used GIMP to cut images and add them to the money background and finalize it all! I think this came out pretty cool and i could definitely see Stringer using this on his personal computer! 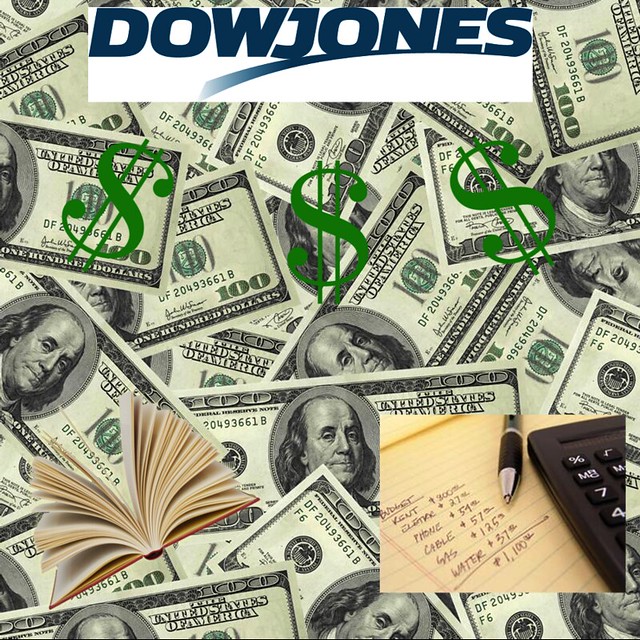