The second assignment I did this week was “Wanted Poster” (2.5 stars). I made this one kind of as a funny thing. I played it like Rawls found the wanted poster somewhere around the office and was super mad about it–because obviously he wants people to think he is straight even though he might not be, which is obviously something that I am playing up with this final project.

I used the link on the assignment page to make the wanted poster. I thought it would be funny if he was wanted for saying he is straight when he’s not because we saw him in the gay bar. I made the phone number a 410 area code because that is Baltimore so I thought that would be more realistic. I also said William “Bill” Rawls because it made him sound more like an old westerner who was wanted. I literally just had to type in the information and click the options that I wanted like burnt paper, western font type, etc. I had to try to generate it a couple of times before it would actually make itself but eventually it did. Then I just saved the photo to my computer and uploaded it to Rawls’s Flickr. Here it is: 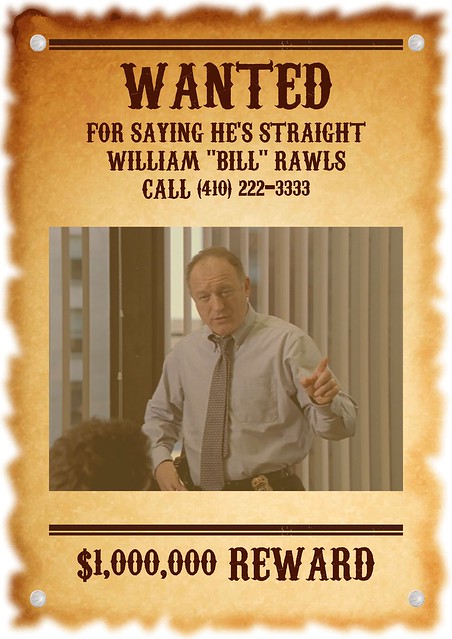