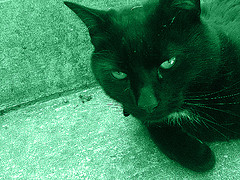 OK, so I jumped the gun with this one, but we need radio bumpers for noir106 radio. I wanted to work with the cat theme, so I downloaded John Johnston’s Postman’s Cat supercut (YT) and also that scene from Chinatown where Roman Polanski inflicts some nostril trauma on Jack Nicholson (YT). I used a Firefox plugin to do the downloading. I imported both of the scenes into Audacity, cut out some parts and rearranged them a little. It needed something else though, so I brought in a snippet of Cat Walk by John Coltrane (YT). He happens to be the namesake of the noir cat that runs my neighborhood, Coaltrain. Finally, it needed a station ID, so I recorded that myself. Below is what my Audacity screen looked like. I used the amplify effect to bring the spoken parts up in the mix, and used the volume slider on the left to take the music down, a lot. 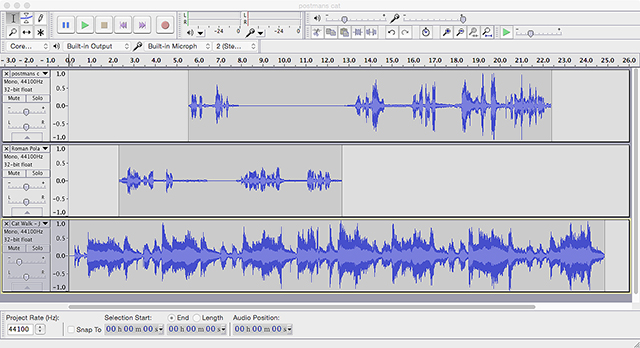 I exported it as an mp3 and uploaded it to Soundcloud. Important note: If you want your bumpers on ds106radio, we need to be able to download them from Soundcloud. Downloading is not enabled by default. To make your sounds downloadable, click on he Permissions link in the Upload window, then check the Enable Downloads button. Here are screen shots of the two windows: 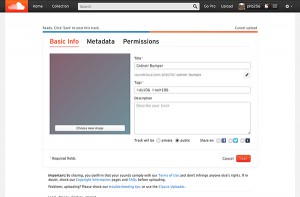 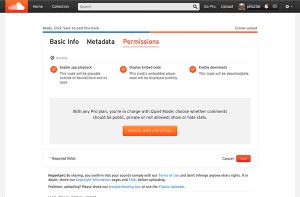