For my first and final “Remixed” assignment, i searched hard and long for the perfect assignment. I was actually confused on the whole process of remixing and assignment so i had to read up on that. I ended up enjoying the idea of recreating a “Classic Album Cover”. If you don’t already know, music is my life. When i pressed the remix button, a was delighted to see that i got the “Emo” card. I thought that was seriously hilarious. I miss the emo generation. Point being, i had to recreate a classic album cover with an “emo” touch to it. A lot of the classic album covers i wanted to do were already pretty emo and dark. I then saw the “PAblo Honey” album cover by Radiohead and i thought that was perfect. A baby’s face surrounded by random colors and a giant flower. I can SO make that emo. Let me talk to you about the process! 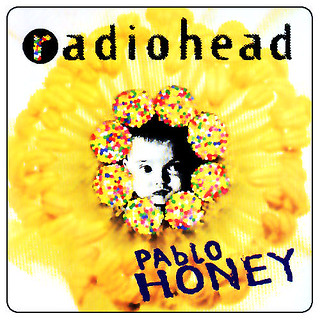 One thing that pops out in the album cover is  the giant yellow flower. If i didn’t have to remix this album with an emo edge, i definitely would have looked for a similar yellow flower. But! That wasn’t the assignment. What’s more emo than a black rose? Those don’t even exist. I feel as if the black dye would kill the rose anyways, which is still emo, right? I chose a large black rose and i already felt confident that this album cover was looking awesome. Next step, the baby face!

There wasn’t much to this. When i first started thinking about the face, i wanted to do a black skull. I felt as if that was too emo and i drifted away from the assignment. I could still keep the baby face and make it look emo and awesome! What i decided to do was change the rainbow polka dotted balls around the face into something emo. My original plan was to use spikes but i couldn’t find a good image to crop and use. I just chose white X’s. Since the rose is black, i had to go opposite and pick white. It still looks funny though! My next step was the font.

The font was surprisingly difficult. Whenever i complete and assignment that involves, i can never match the right font. No matter how hard i look, recreating the same font is HARD.I went to dafont.com and chose a “static” font that was relatively close to the original album cover. It’s still cool! I then did the Radiohead title and that was that. Next, i had to do the actual title of the album. When i looked at it, i think both the P and the A are capitalized so that’s what i did. It might look weird but it still looks cool! That was really it for this assignment. I spent quite a long time trying to make this perfect and awesome, so hopefully that’s what i did! Enjoy! 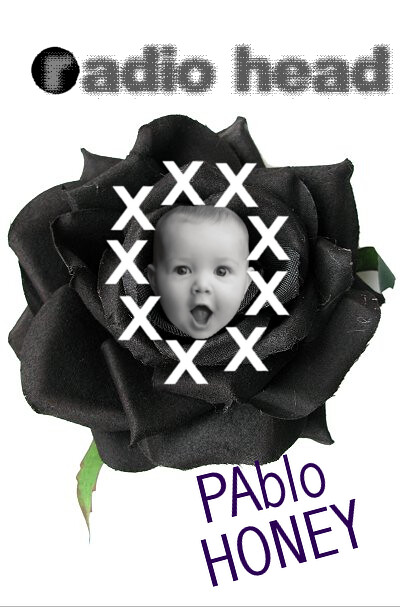 Stars: 2.5 for the original assignment, +2 for the remix.