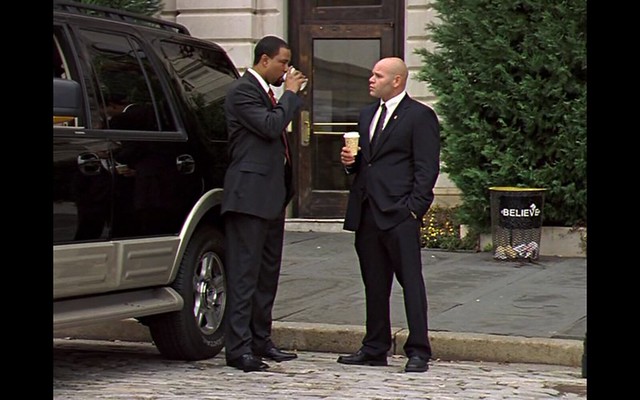 This shot is staged in a visually interesting way. There’s the car and the tree on either side of the shot and the door in the background behind the two people. I also enjoy that the trashcan says “Believe.” 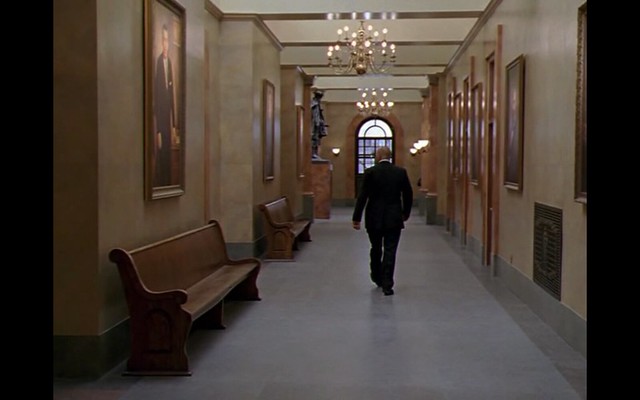 Herc usually appears as a big guy, but he looks rather tiny in this shot, overwhelmed by the grandeur in this building. It’s as if this job is too big for him. 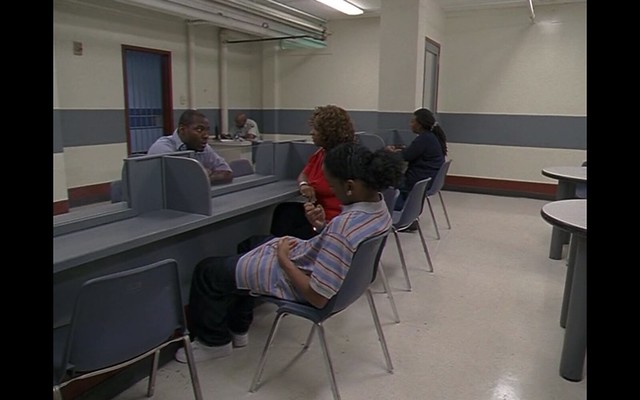 Wee-Bey’s family is so interesting. I didn’t even realize he had one until this season. I’m really enjoying this added level of characterization to him and how we see yet another family that is a part of this business. 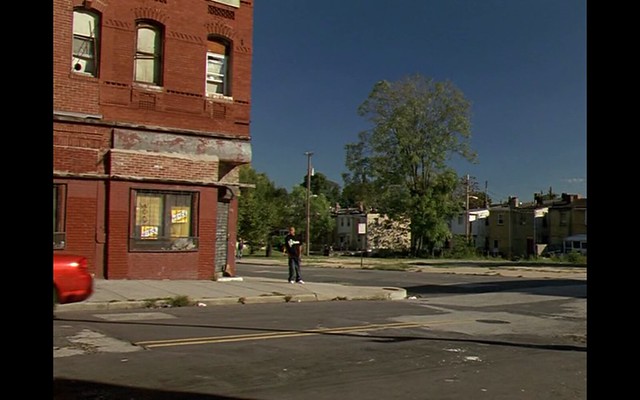 Bodie all alone on the corner looking super small and powerless. 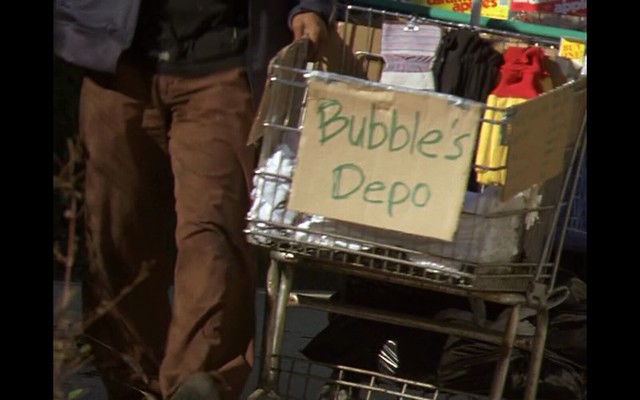 I like that Bubbles’ business has expanded and how it’s beginning to connect with other plotlines. 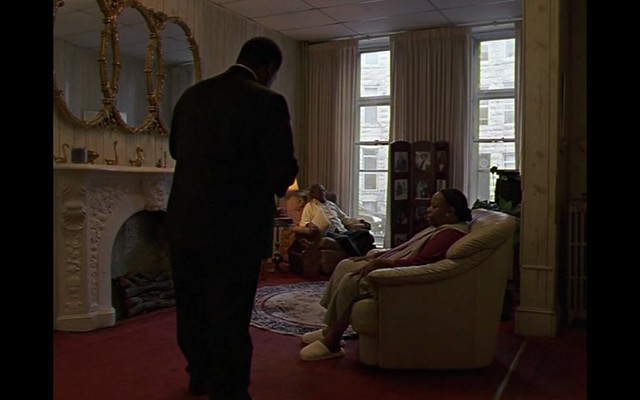 Lex’s family’s house looks really fancy, which I was surprised to see. I also like how this shot is staged so that you can see everyone without it looking forced. 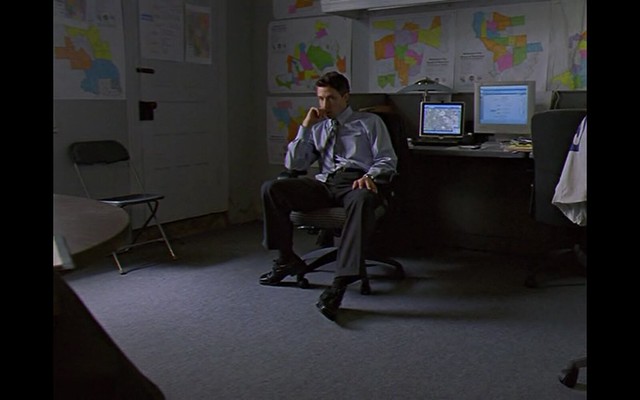 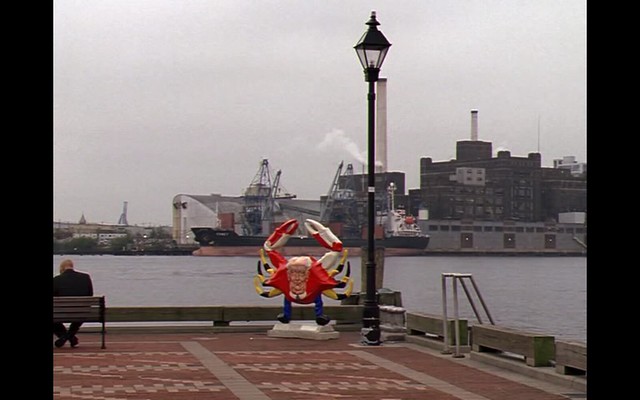 This statue really stands out against the gray background. 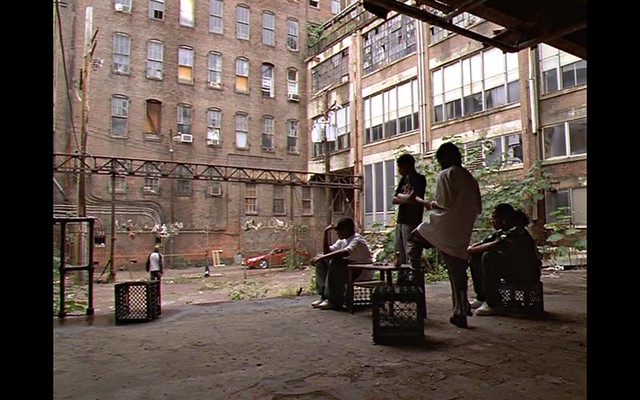 I love how the kids are so much bigger than Carver who is walking off, even though they’re weak compared to the power that Carver just expressed that he had over them. I also thing the setting and staging make this to be a really powerful shot. 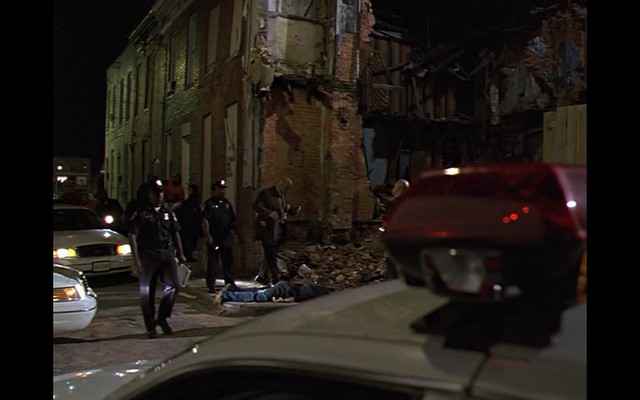 Looking over the police car is a really interesting shot that reminds me of the surveillance style that was more prominent in the earlier seasons. 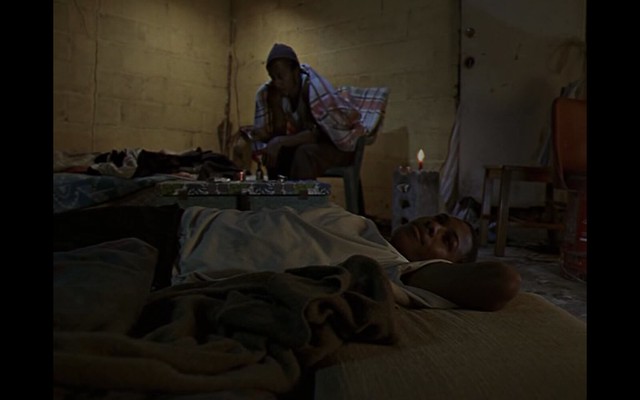 I’m really enjoying the relationship that is emerging between these two. I also like the lighting in this shot. 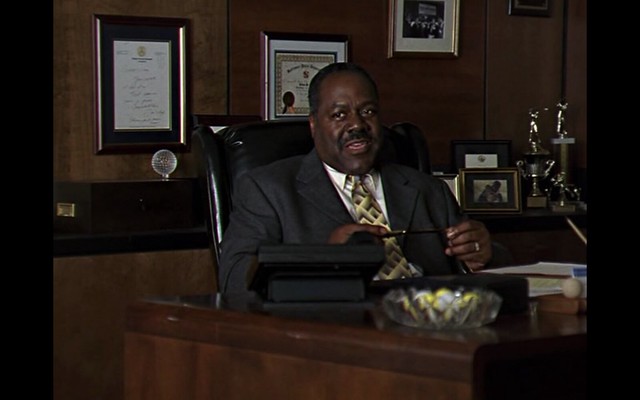 Everything seems to be of similar colors in this shot. Davis’ tie matches the candy as well as the gold in the trophies. The dark wood and frames and furniture go well with his skin tone and suit jacket. 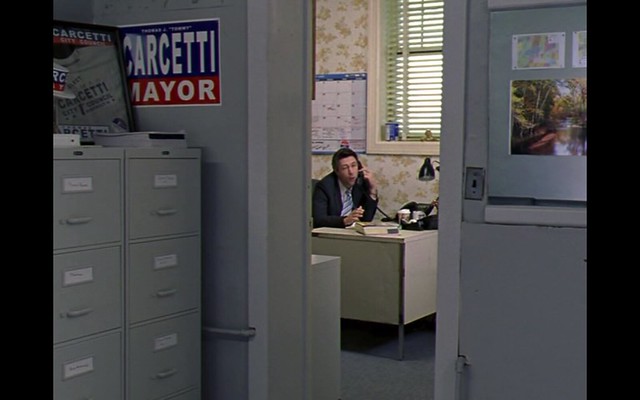 This is a really interesting shot of Carcetti. He looks like he’s been driven into a corner and is trying to work his way out. 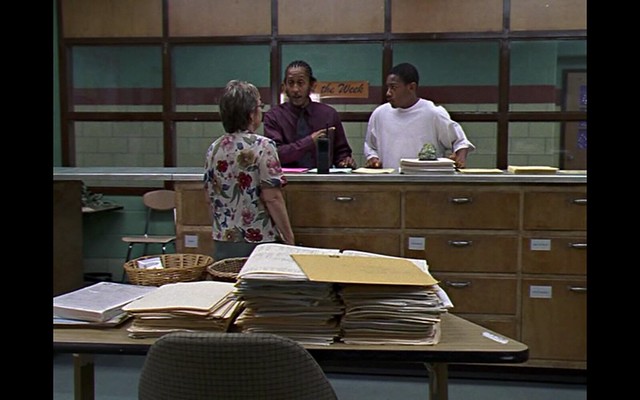 Seeing Bubbles this dressed up was really interesting. I also liked the look Prez gave him later on when they passed. I like how all these different “worlds” or “sides” of Baltimore are running together. 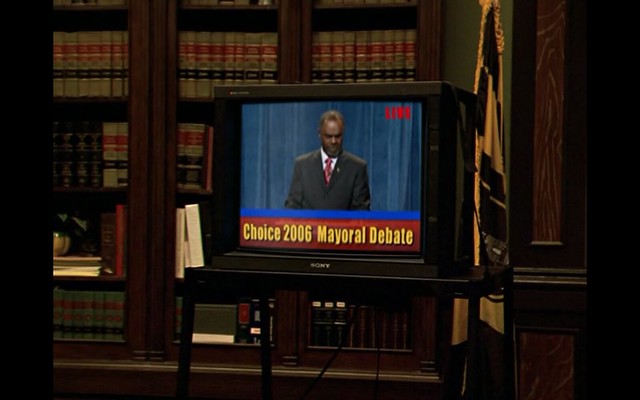 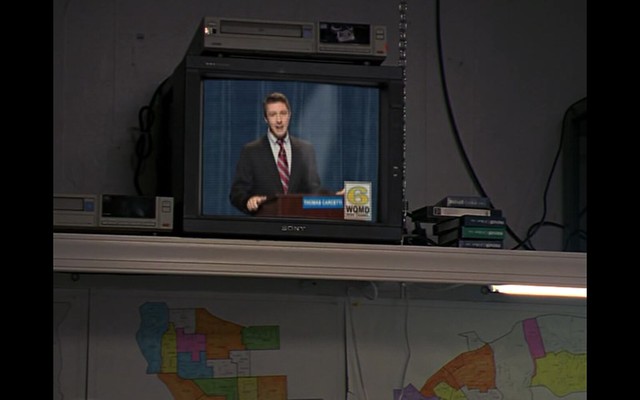 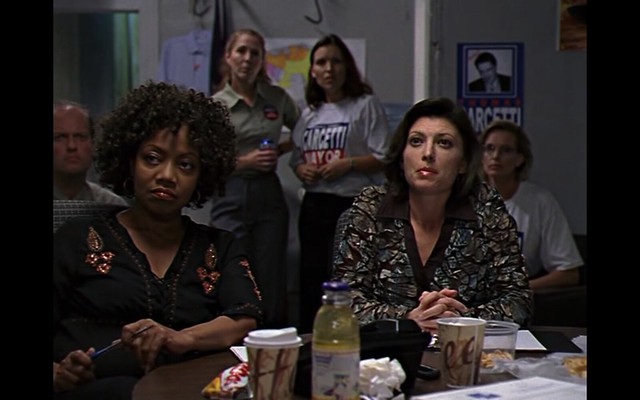 This is probably the most females I’ve seen in one shot that didn’t involve the sex industry. 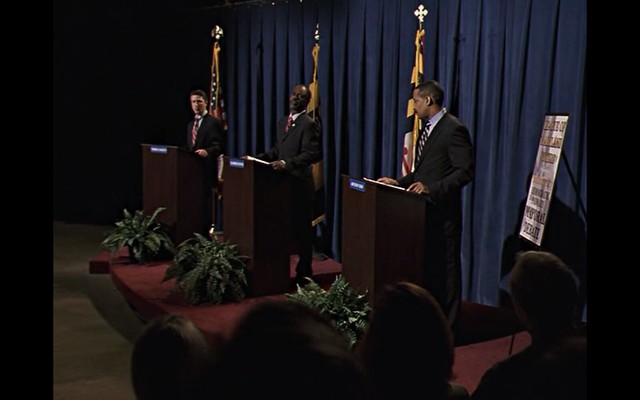 For some reason, this angle makes it look like Gray is much farther away from Carcetti and the Mayor, as if he’s not really even in the running anymore and he doesn’t matter in this election as much as the other two do. 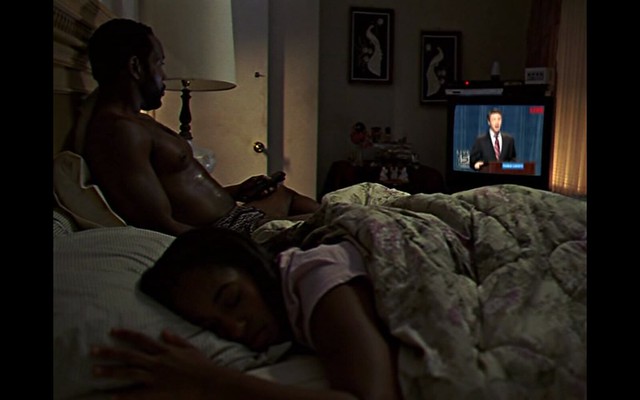 I like how Dennis is watching the debate too, but then changes it to football. 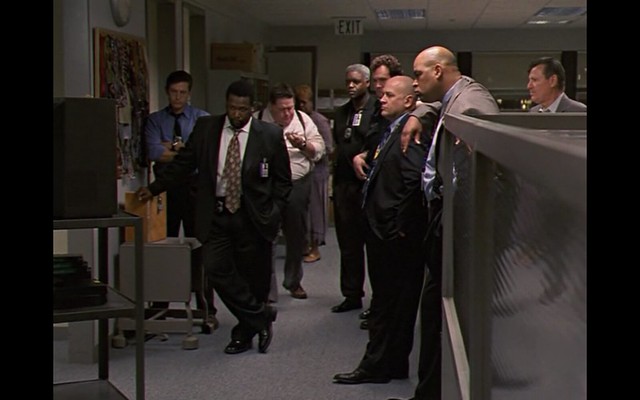 The police are watching too. Once again, all these different plotlines are being pulled together. 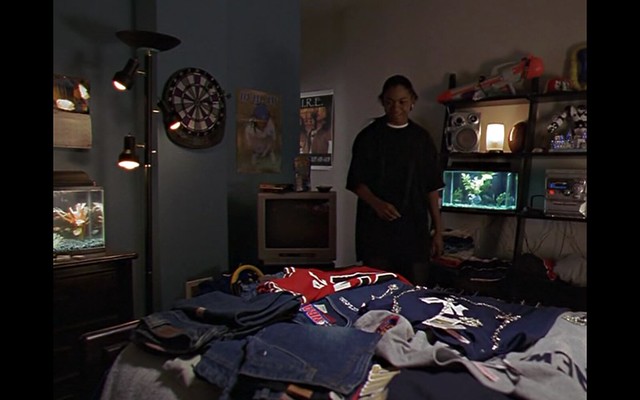 I like how there are fish tanks all over the house. The luxury Wee-Bey’s family lives in is a little upsetting considering how we see/ know some of the other kids are living.