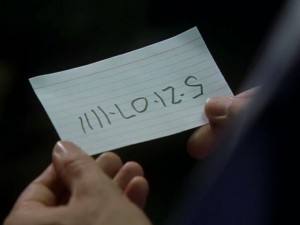 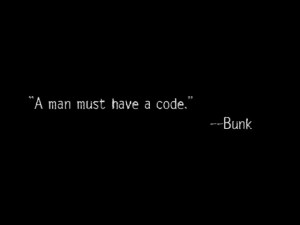 Episode 7 starts out with another parallel. The opening scene discusses the coded message from the wiretap, then the epigraph at the end of the credit sequence reads, “A man must have a code.” Bunk says the line in an entirely different context, but it shows something about how the pieces relate. It could be read as a pun, but that doesn’t seem in character with what the show is doing.

That fist bump/handshake that Herc and Carver do is repeated later by D’Angelo and Orlando. Does this signify something? It may just be a regional mannerism that the characters share. But that shake/snap thing that Daniels and Day-Day do is interesting. I haven’t noticed it elsewhere in the series. It appears to take some coordination between the two parties, so it shows a shared understanding. Maybe it’s saying that neither of the two really belong in the crowd at the party, and they both recognize it. 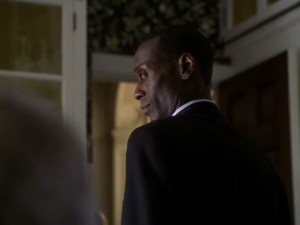 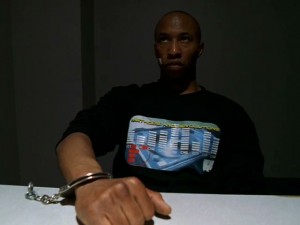 Daniels leaves that encounter with a backwards glance side-eye look that’s kind of striking. A lot of the acting in the series is in the eyes and expressions. In the shot of Bird as he’s handcuffed to the table you can see him boiling over with hostility. Even though he’s half in the shadows, we can see he’s ready to explode, fist first. 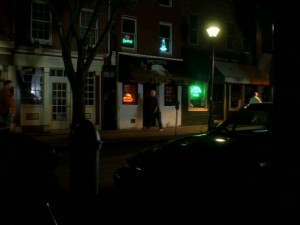 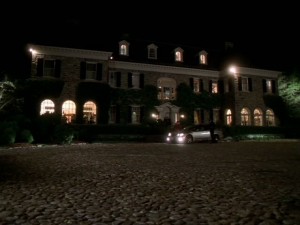 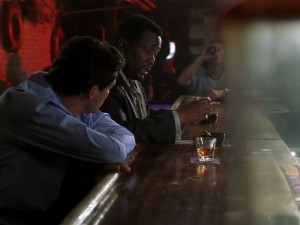 There’s another parallel between Daniels and the fundraising party and Bunk and McNulty at the dive bar. The scenes appear to be going on simultaneously, and they show a tremendous contrast between their respective social circles. The party is in a large mansion, probably with valet parking and lots of acreage. The bar is wedged between other establishments on a street full of cars at parking meters. Inside, the party is brightly lit, crowded and upscale. Inside the bar is a dark, dank den of iniquity, the red light on the wall giving it a hellish appearance.

Here’s a bit of the sound from the party, in which Deputy Burrell points out another parallel:

Just after he links politicians to criminals, we hear a distinctive laugh. That’s a voice which will play a larger role in seasons to come.

I liked the sounds in the scene where Bird got busted. It’s mostly a wide-angle scene, shot from a distance, so we hear all the sounds of the city, the voices bubbling up through the ambient noise. The sound paints as much of a picture as the camera, perhaps even more so.

This next track is of the police expressing their displeasure with Bird in the interrogation room. All we see is the door. What happens behind it is told through sound and visualized through our imaginations. The show is playing us in a way, making us part of the story by forcing us to fill in the blanks. That’s a powerful technique.