Whoa. How do I describe week 2? I thought week 2 would be a lot easier (HA!). I now understand that initial email sent from Groom and Bond about this class being real work, not a filler course. Week 2 kicked my butt. Here’s what I did!

My Blog, My Problem:

So when I first created my blog almost 2 weeks ago, I already had a title which is :Police Disco Lights. I figured there’s not hurt in making even a little more cooler, So i changed it to “Police*Disco*Lights”. Besides the title, what I really wanted to get into was changing my theme. I was content with my previous theme but I really wanted to add a little color and a pretty picture to my blog. My current theme is: Sixteen. I had Tempera as my previous one. I felt limited with Tempera because I could change my title color and background color, but not much more. With Sixteen,  I could change my background color, title color, add a background picture (which i love. who doesn’t love nyc?).

After making my blog look pretty, I moved to plugins. Plugins are fun… sort of. It’s a lot easier when you know what you’re looking for. I started with Akismet. For some reason, I always feel the need to download/create things without watching videos or reading too much into the directions. Usually, this doesn’t work out.. but with Askimet, it was pretty easy. Since i’m a cheap person, I moved the bar over to 0$ so I wouldn’t need to donate any money, which as Groom stated in the directions, is what you’re suppose to do! yay.

Next plug-in was Known. Is it a plug-in or application? I’m clueless. But i downloaded it! I had to do a subdomain which was simple only because I used the video tutorial that was provided for us. I haven’t gotten the hang of posting directly to my Known account because I have a bad habit of just going directly to the social media site i want to use and posting it from there.

Commenting was simple. I started that the first week. My biggest issue was not realizing that we have to keep track of where we comment so we can add it to our weekly summary… So now i have to go back and try to remember where to find out what I commented on. I feel like i need to comment more and interact more with you guys, so that’s my goal for next week! What I DO remember is helping out LKMahone when it came to the Gifs. Hopefully I helped out but here are the rest of my comments: 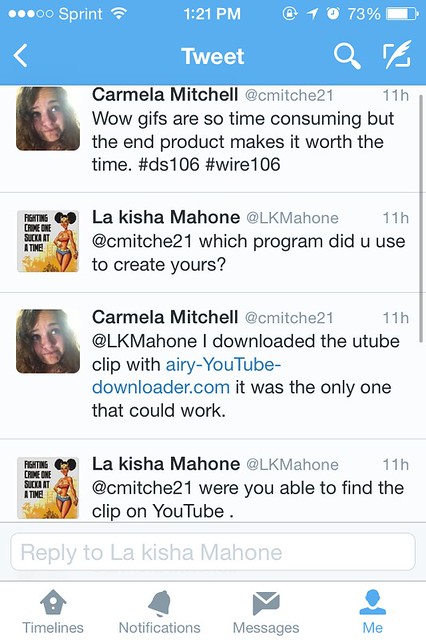 A comment on Alison Theot’s blog about her Gifs

I thought John did a really nice job on his Logo. Real creative!

This map of the internet was spot on by nrandall

Brittany is the man with this map

I would just like to take a moment to appreciate me tweeting about ds106 so much? This is why I created a separate account. Check out how much free time I have and how much of that is spent on twitter for ds106 here . Or if you’re lazy i’ll just show you a screenshot of my most recent tweets… 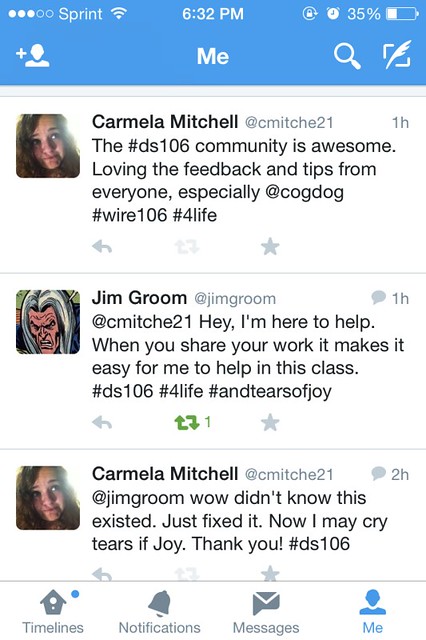 Okay, so far the Daily Creates have been my favorite part of this class. You can tell for some of them I spent more than 10 on them..

Tuesday: Here’s Tuesday’s Daily Create. I had too much fun making the Tardis out of the E in my name, hehe. 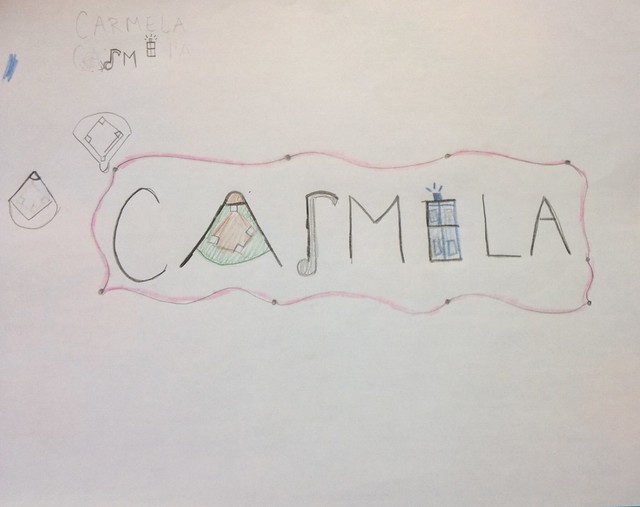 Wednesday: I was stuck. The few movies that I do enjoy are ver complicated or I just didn’t feel like making a mpa out of them. But then I remembered that Mulan is awesome and simple, so here it is! 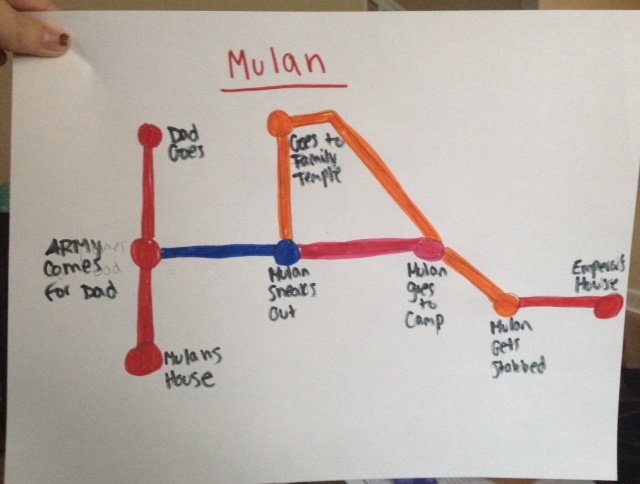 Thursday: This is the Daily Create that I spent a little more time on because I kind of got caught up in it. I thought the roads and detours I made up were relatable. I mean, Wiki, Youtube, and Tumblr are so distracting. 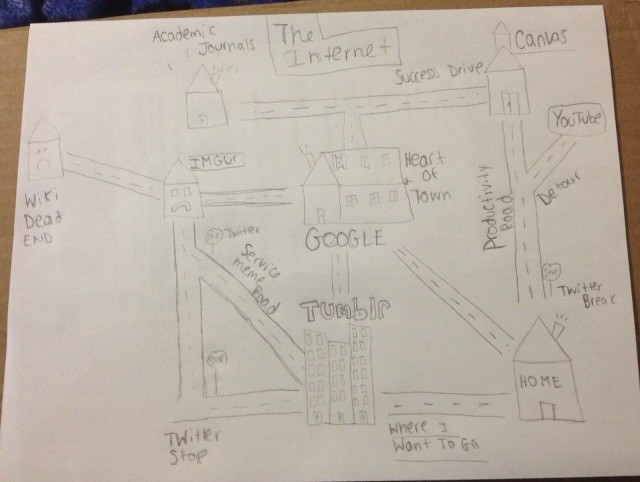 Friday: This was definitely my least creative Daily Create. I really got stuck on mashing up sports. But hopefully, one day, Footbase will be a real thangg. 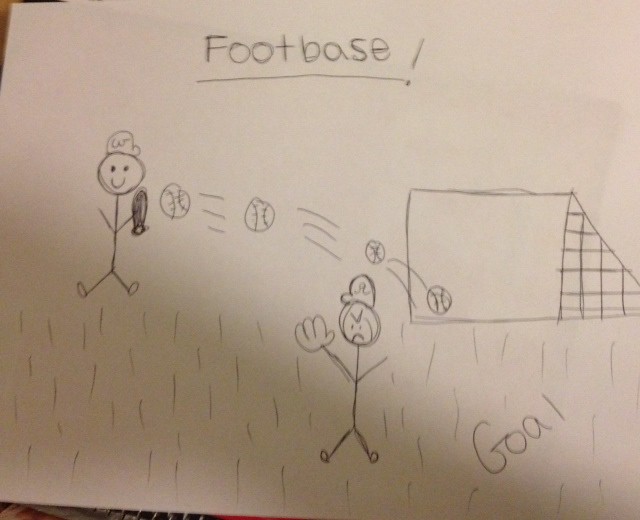 Gifs Will Be The End of Me:

When I think of the word Gif, i think of pain and frustration. That was me for 2 whole days. I realized what my biggest problem was. I wasn’t aware that you need to download the youtube clip or video BEFORE you attempt to open it with MPEG. Goodness gracious, if i knew that ahead of time I would have saved myself almost 2 hours. The downloader that Groom provided for us wasn’t working out for me. It wouldn’t recognize any link I showed them. So then i searched around and around until i ended up on Lauren’s blogpost about her gifs. This is what helped me finish the project. I ended up downloading episode 2 directly from the Wire page. THEN I opened it in MPEG and messed around with the clip. I used the tutorial link that Groom gave us. That youtube video probably got 500 views from me alone. Ha! MPEG overall was very simple. I had no problems with cutting my video and trimming it. GIMP is what got me. Oh my gosh, how hard could it be to save my clip as a Gif? I freaked out for 2 hours because I couldn’t find the Gif option when I was saving my clip. So I emailed the awesome Groom and he told me to just use “Export as” instead of “Save As”. BOOM. after that. I was done. And it was all worth it. I’m probably going to get 400 more followers on Tumblr once i start posting my own Gifs instead of only being able to reblog. Check out my Gifs to make me feel better here. The one thing i regret not being able to do wis add Text. My frustration levels were at an all time high. But then again, do you NEED texts for Gifs? I don’t feel that way. If you’ve seen the episode, you know what they’re saying, right? Eiter way, my relationship with Gifs grew tremendously because of this assignment. YAY!

10: This episode should just be called “Bubble’s Is The Man” because he is. Clean for 2 days is a big thing when it comes to drug abuse, especially heroin. I was really rooting for Bubbles to stay clean forever. The rest of the episode goes right back to the case. I think i should go right out and say it…. WHY KIMA! After I watched this episode, I instantly tweeted about it. Okay, i’m sad Orlando died, but Kima? I thought she was dead and thank goodness she survived. Groom RT me, how cool.

11: What stood out most to me in the episode was how they connected stuff. Especially when McNulty says “who’s your daddy?” to the judge. That was pretty funny.. But more importantly, Avon gets arrested?!?!? WHAT?!?!? I still don’t understand why they didn’t arreast Stringer also.. I need t rewatch that part but seriously, that SWAT team was on point. I like how McNulty made fun of them for not having touched a gun in years. Haha, OH McNulty.

12: I really thought that D was going to clean up his act….. A part of me knew that it would be too good to be true if he sold out everyone. This part makes me question his mom… She doesn’t seem that loving. She knows she has the motherly power of D and that’s why she went to him in jail to convince him not to sell out which makes me believe that she sucks.The ending of this whole case wasn’t that great. I binged watched it all and I need to rewatch it so I can better understand everything, especially episode 12. Like, did Avon get a sentence? I’m still confused. But i felt that it would be more interesting to write about the episodes before rewatching them so when i finally do, i will realize how silly i sound right now.