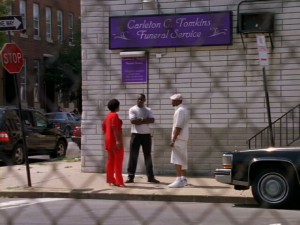 When I saw this shot, I thought of The Manchurian Candidate. It’s probably something I’m reading into it rather than something the makers of The Wire intended, but there is a parallel in that they both feature a mother convincing her son to sacrifice himself for some alleged greater good – the family or the party. The red is the same as in the hat Bubs used with the Barksdale crew. Here it’s telling us, the viewers, that she’s an important player in the organization. That fence in front of the camera sort of makes it feel like we’re spying on them too. 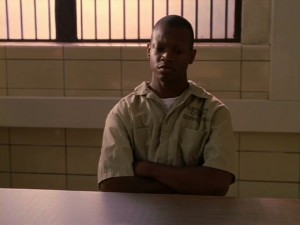 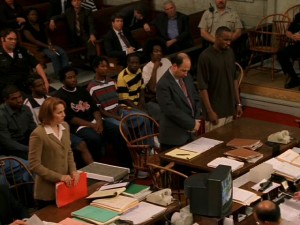 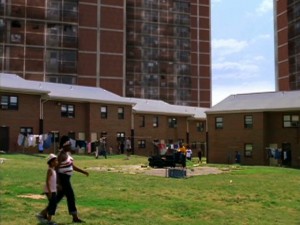 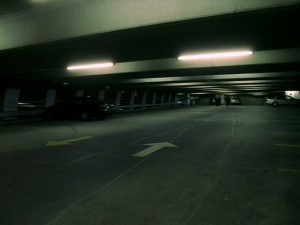 Last time around, D stuck out like a sore thumb in the visiting room. Here he blends right in, like he’s resigned to being in jail. Then there’s that telltale orange again, in her little folder that’s plea bargaining everyone into prison. And then everything is different. The orange couch, empty at the end of the last episode, is gone and replaced by a black one. I just like that shot of the garage – the almost monochrome feel, the lines of the ceiling, the sense of perspective. It sets a sense of atmosphere.

And then there’s the conversation – Avon is all about family, and Levy and String, internally, are having none of it. But it’s all in the game…