I decided to do the Collage with Symbolism design assignment. This was a really easy assignment, as I just had to gather the pictures, put them into the collage using Frametastic, and upload to Flickr.

While the assignment said to make a collage that reflects an important relationship in a special place for the two of you. I changed it up a bit, as my collage is pictures from all the times I’ve gone to see The Academy Is…/ William Beckett perform and have worn my Team Tight Pants shirt. The places have always been different, but the shirt, the musician, and the meaning have always been the same.

The origins of Team Tight Pants came from early on in my adoration of William Beckett. He wears skinny jeans and often sports a more androgynous style, which has gotten him a lot of hate, even back when he was just some emo kid in high school. This led him to referring to himself as being part of “Team Tight Pants.”

I genuinely love the loathesome looks I get in public. Team Tight Pants.

When his former band, The Academy Is.., were on Warped Tour one summer, they played games against Less Than Jake and had jerseys labeling them as Team Tight Pants (William showed me a picture of the jersey on his phone once).

I took this phrase and ran with it, loving it from the start. As William has gotten to know me over the years and over all the concerts I’ve attended, I’ve always worn the shirt to show my support for him and all that he’s about. He even posted a picture on Instagram of my shirt. 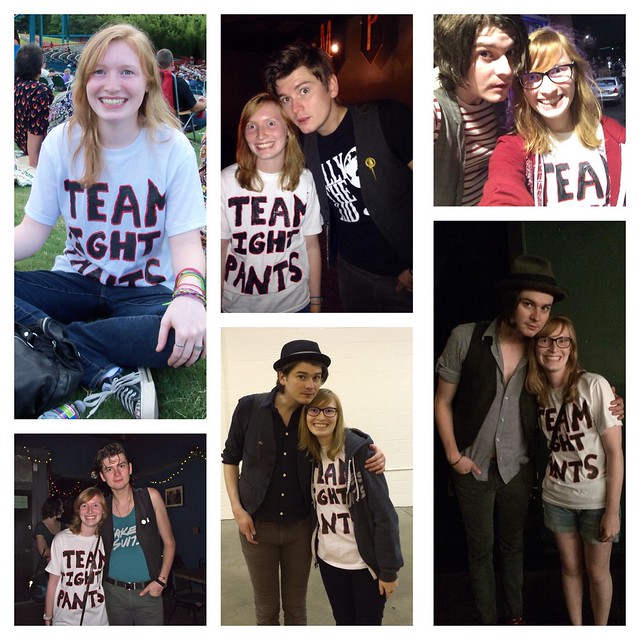