Hello again all you loyal ds106 FAN-atics (see what I did there?  No?  oh….ok).  Another week in the books, with just a few short days left in front of us.  Where has the time gone?  Well, we shouldn’t waste anymore of it, so let’s get right into it.

This week was all about mashups and remixes.  So for my first mashup assignment, I chose to do the Movie Mashup assignment, that can be seen here.  Since Thanksgiving was this week, I chose to incorporate “It’s Thanksgiving Charlie Brown” into this assignment.  Since I had to mash that with another movie, I chose “The Hunger Games”, since my wife and I went to see “Mocking Jay” this week.  The actual creation of this work was done using the app Sketchbook Express on my Mac. I took the screenshot from Charlie Brown and simply added text to it.  Easy-peasy! 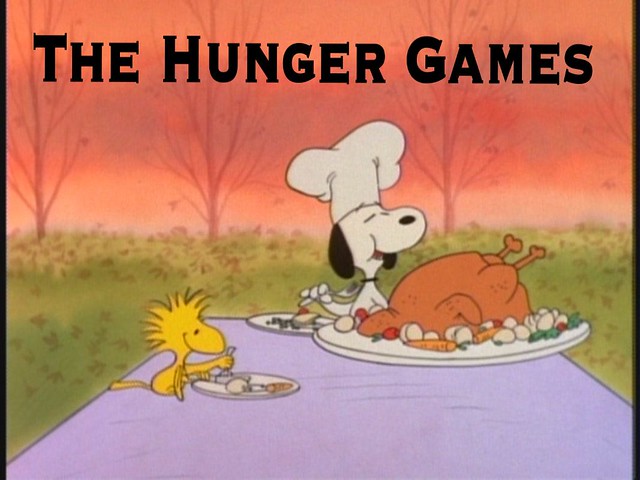 Next, I chose to do the “Video Game Cover Mashup” assignment, which can be seen here.  I have thought since we first started watching this show how cool it would be if there were a really well done video game based on The Wire.  Well, this assignment let me take that wish just one-step further.  I used the same app as above, Sketchbook Express, and combined the image of the title screen of The Wire, added the text, and using a PS4 banner image I snatched from online, was able to throw that on the side for the finishing touch. 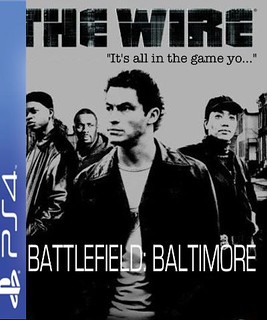 Stars for This Assignment: 4.0

Total Stars for Mashups This Week: 8.5

For this assignment, I chose to do the Sports Paraphernalia remixed with “Uncle Bob”, which required me to take a photo of my favorite sports team’s merchandise and mix it with an unexpected character introduction.  For this, of course I used Alabama football merch, and for my random character, I introduced my dog, Ingy, who is named after the character in the photo that was my beloved paraphernalia.  Check out the original post here, and the solo image below: 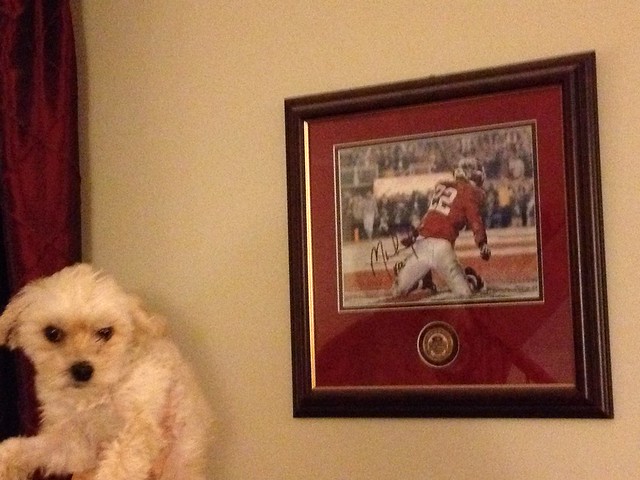 I don’t think Ingy enjoyed being in this photo.

Comments for the week:

On Ien’s Daily Create (Sum up a movie scene in two frames):

That’s all for the week folks.  See you next time!